Another woman who has made contributions to the field of psychology is one of the name Marion Macdonald Wright.
Born in New Westminister, British Columbia Marion Macdonald Wright was almost certain or destined to achieve highly as she took after her mom as well as having two older siblings to look up to. Growing up she “succeeded at everything she attempted to do”. With dreams of originally becoming a journalist or reporter Wright attended University of British Columbia for most of her college years. There she met an icon in her life, a professor named John Allen Irving. As described in her words words about the professor, “The most brilliant lecturer and most wonderful professor I could imagine.”, he became very influential to her. Soon after graduating college, Wright was drawn into the field of psychology as a psychologist at Shaughnessy Hospital due to a recommendation from professor Irving. For a duration of about five years while gaining experience in that department, she often conducted group therapy and bolstered the expanding of the Psychiatry Department. Eventually through her work and efforts, she became known as the first clinical psychologist to practice on the West Coast. After her job at Shaughnessy Hospital she moved on to the University of Toronto for a fellowship in psychology in 1948. Although she had moved locations she continued to serve as a psychologist at Sunnybrook Hospital while teaching courses in personality appraisal. Wright after some time had found Morgan Wright, her current husband now, and became pregnant. Still wanting to achieve more Wright wanted to obtain a PhD but her pregnancy interrupted that goal of hers. She was never actually able to finish what she had started at the University of Toronto before the next move to Regina in Canada. There she hung up psychology and took care of her two young children, only teaching introduction psychology courses sometimes. Marion Macdonald Wright passed away on November 11th, 2015.

133 years ago, on October 23rd, 1883 marks the opening of the first state mental hospital in Salem, Oregon called the Oregon State Insane Asylum, or more currently known as the Oregon State Hospital. 320 patients were transferred/admitted to the hospital on opening day, including 102 female patients. Most of the patients were transfers from Portland’s Hawthorne Asylum, also a mental hospital, but not the state hospital.

The idea of the asylum was first proposed in 1862 by Addison Gibbs (Governor of Oregon) to provide care for “insane and idiotic persons”. The way of dealing with “insane and idiotic persons” at the time, for example, was a system in which the government paid Oregon citizens to “keep” mentally ill people and provide minimal care for them. Each county in Oregon was held responsible to deal with mentally ill people in whichever way they chose, Oregon archives just showed this particular case.

It took 20 years after Gibb’s suggestion to begin collecting government funds for the institution. The hospital was set to be built close to the state prison, which was probably not a coincidence. The hospital still remains in the same location today, and the road leading up to the building used to be known as “Asylum Avenue”. Dr. Horace Carpenter, a physician, was chosen as the hospital’s superintendent, or someone to oversee the hospital’s operations.

Obviously, the late 1800’s psychologists and doctors were not necessarily rich in information and proven facts regarding patients admitted into asylums and how to deal/care for them. The hospital still continues to be functional today, and even had recent reconstruction to expand the buildings in 2009-2011. The hospital’s technology, methods, and research has improved and plans to continue to expand to help the people of Oregon who need it.

Evelyn Hooker was one of the most important psychologists in history because of her feminist qualities and her work on homosexuality versus heterosexuality, which eventually led to homosexuality being erased from the Diagnostic and Statistic Manuel of Mental Disorders (DSM).

Hooker spent most of her studious years in Colorado, as she received her bachelor’s and master’s at the University of Colorado. She wanted to earn her doctorate’s at Yale, but the department chair did not want women in his area of study. She instead attended John Hopkins University and earned her doctorate in experimental psychology in 1932.

This was a pivotal moment for Hooker. Through contacts, in 1937, she was able to go to Berlin to study clinical psychology at the Institute of Psychotherapy. Of course, this was around Hitler’s rise to power, and she witnessed some of the atrocious discrimination and destruction of the culture and people of Germany during her visit.

After her visit to Berlin, she began working at UCLA. She would eventually leave the university, then come back to it in the 1950s. Hooker started to notice the battle gay men/culture was facing in the 1950s and wanted to pursue research in this field. She had witnessed what the hatred of people pushed onto other’s had accomplished in Berlin, and the United States was heading dangerously towards the same route with homosexuality. Her study contended that gay men were not mentally ill because of their homosexuality and should not be treated as such.  She was awarded a grant to prove her statement.

She rounded up 30 homosexual and 30 heterosexual men who were alike in almost every sense of the word expect for sexual orientation and looks. She had all of the participants take the Rorschach Test, the Make a Picture Story Test, and the Thematic Apperception Test–all crucial on testing an individual’s psychological state. The test scorers were suppose to separate the homosexual and heterosexual scores, but they could not see any patterns to do so. The experts could not differentiate homosexual and heterosexual men by these psychological tests. This only supported the theory that homosexuality does not directly affect one’s mental health in terms of disorders.

As previously mentioned, her study was a crucial one used in the decision to remove homosexuality in the DSM-II in 1973. Hooker’s study eventually led her to receive the Distinguished Contribution to Psychology in the Public Interest award in 1992. She is considered not only an important figure in psychology, but in the LGBT+ community as well.

September 21, 1996 was the day that I was born, and exactly 99 years (1897) before that Albert Beckham was born as well. According to the American Psychological Association, he is known as the first African-American to hold the title of school psychologist.

Graduating with his masters degree from Ohio State University, he joined the military as a war professor of psychology. After, he was offered a teaching position and became the the first professor to not only teach psychology at Howard University, but teach all the psychology courses there. He also created the first psychological laboratory on campus, which provided counseling, intelligence testing, and consultations.

Eventually, Beckham left Howard University and moved to New York to complete his doctoral degree at New York University in educational psychology. Once he achieved that he left New York to pursue a position at the Institute of Juvenile Research in Illinois. He did various of works such as treat childhood disorders, administer vocational and educational tests for reading and math, provide in-service training to teachers, and conduct mental health assessments for children. He also as a side job became a school psychologist working for Chicago public schools.

On a personal level, around that time Beckham married Ruth Winifred Howard. Ruth was a scholar and psychologist at the Institute, which is where they both first met. Once married, they eventually started their own private practice.

Albert Beckham was a school psychologist for over three decades. He not established the first psychological clinics in public schools, but he also published over 20 articles on the effect of counseling on high school kids, childhood behavioral problems, intelligence testing, and life satisfaction. He contributed a lot to the psychology field where he is recognized and honored by all psychologists today.

I think to share my birthday with Albert Beckham is interesting because he is credited for helping others with his expertise of Psychology, and is still remembered today. 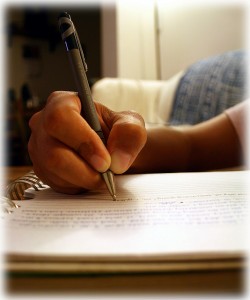 Regardless of which prompt you choose, please use the Tag “History of Psychology” on your post. Here are the prompts for this week:

I look forward to seeing what you write! 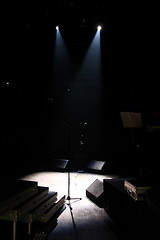 The main topics the first week of the course were the historical roots of psychology and an overview of the major theoretical schools (or lenses) which guide psychological inquiry. The Week 1 Prompts can be viewed here, and most students chose to write about how the personal lives of prominent theorists may have influences their theories. There are numerous examples of how this has happened in psychology (see my previous post about Marsha Linehan and DBT), and my students have shared examples related to Wilhelm Wundt, Sigmund Freud, John Watson, and BF Skinner. Have a read and think about the ways in which our pasts influence the way we perceive the world and the innovations we create. 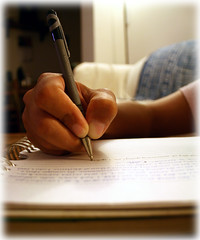 There are two options for this week’s blog prompt: